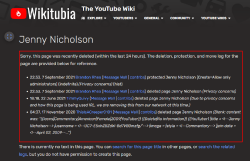 So what's this I hear of the site getting it's own Wiki? Sounds cool, what's the plan there?

I mean the entire Jenny wiki is on the site now, though it may need a tweak here and there. What format is it going to take? Just Jenny or everyone in the Jennyverse? Because I may even have a rough draft of the Bailey wiki saved somewhere.

We now have access to uploading banners, a site icon, and an "Image of the Now".

In the hopes of generating a little more creativity like in the ol' days, if you would like to contribute to the site then mosey on over to /meta/ and give us something to look at. Banners that have at least some effort in them are almost guaranteed to be added to the site. The site icon, though, I don't know. Sure seems like something specific and long-lasting should be decided for that. I've got something up as a place holder for the moment until something better comes along. As for the Image of the Now, you can see there's some homegrown OC on the front page. I'd like to think that maybe we can get something new up there once a month or once every three months. You can see how the site kind of shrinks the image a little bit to fit in with everything else. Nothing too constricting but something to keep in mind.

We've already got a banner thread up here >>65 so feel free to use these for the other items.

R: 4 / I: 4
How about a banner thread? We haven't had new banners in a while. Been trying to do something with this one, but I can't quite seem to get it right. The idea is to have in the middle, like a title card, /jenny/, underscored with A Bailey is fine, too. Both in Japanese lettering.

R: 9 / I: 0
Not to dig up old news, but I hope nobody here took it upon themselves to go about getting Gahoole's Youtube shut down. 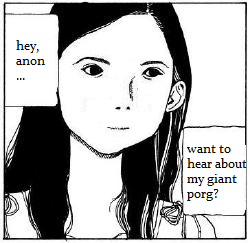 How will >we repel the tvch invaders?
Our home has been ravaged by gore and ugly m*nposting. I think /meta/ is too slow a board for them to do anything with, I'll ride it out here for now. But with the AsherahsGarden raid in mind, this is a bad omen for badcars ;_; 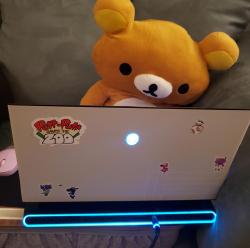 Everything's more or less in place. A few negligible loose ends such as spoiler images and a proper main page. That aside, we have our new home with our images and webm's and nifty texts. The whole shebang. Let's see how far we can stay on Jenny's wild ride. I will keep the board up on Julay for maybe a week, or until Rob kicks us off, just to make sure everyone's capable of finding their way here.

All the appreciation to BW.