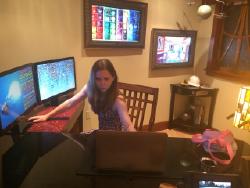 Welcome! This thread is for sharing various Jenny media for personal archival purposes. Links provided should be unaffiliated links (don't try to profit off of Jenny's content, guys!) and encoded with base64 (to avoid links getting scraped).

So… to open, here is a folder with her Twitch streams:
aHR0cHM6Ly9tZWdhLm56L2ZvbGRlci94dElHMExSQiM3blBuUHZ5YkJ1Q1V3cHJIQmludXpn
*Remember; decode with base64decode.org

At time of posting this of not all of her streams, but I can upload the rest if requested.
Jenny, if you have a problem with your streams being shared here, let me know and I'll remove them immediately.

Jenny is at home in silence, no tweets for days.
what will her opinion on willow be? what old toys will she bring home with her? Now that she has 17,000 patrons and earns around 620,000 a year she is officially a member of the 1%, the super elite. how will her fortune change her? find out all the answers, only on badcars 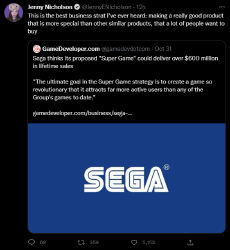 Just how does she do it?

>>25077
This is mean-spirited. The issue here is how much time she put into public attention. Jenny had a very long period of time where she was putting things out there on Youtube, it established a presence that got people to doggedly follow her into smaller venues and millions of views when she ended up putting anything out. Bailey spent two years of basically doing the one single thing, ten videos of it a year with almost no variation. Goosedrunks is fine but it's all one-note. She didn't parade content like Jenny/Ellis/Contra/whoever else did over 10+years. It's a bit silly to thinking you can just be a heavy hitter in fraction of others' time. Even with all the work she does put into things, it's still a fraction. I'd recommend that she do more with her Youtube channel, putting out more variety like finish her Pokemon runs at the very least, do some collabs. Even when Jenny streamed, she needed her sister with her to keep things interesting. Bailey alone, I dunno, she's fine, and it's nice that she tries to play with her viewers as much as she does. Do more of that? Try playing with somebody else? Patreon is like a college degree, it's not like there was ever a guarantee you'd walk out of it with a shit ton of cash. Alternatively, maybe this is the point she should find a husband to settle down with and have some kids. 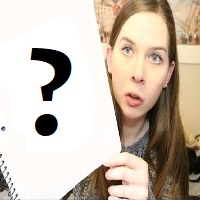 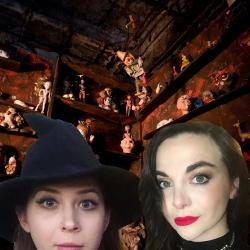 >we just need some of your life force, anon 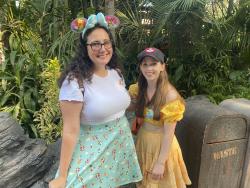 What is the secret of her power? How does she manage to have a waist like this when her diet should have her looking like the girl next to her? No theory too insane! 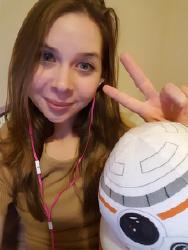 Jenny visits a slew of foreign theme parks, and breaks her selfie drought by posting a handful of cute selfies. Although a video about her trip is planned, only time will tell if we actually get to see jenny climbing across a tightrope in live action.
will jenny salvage her bad patreon topic and release a good monthly video? lets see.

The jenny news up till now. she might make the beanie video again, thats all.
Will jenny be more interesting next month? only time will tell.

Jenny would be ideal guest on Red Letter Media's Re:View section to discuss a beloved movie she is fond of from her childhood. 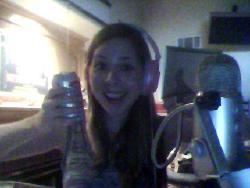 jenny should switch to podcasts, i just like her wearing the whole "radio jockey" kit.
jenny news for this week: after talking to an emotionally broken lindsay ellis at vidcon, jenny contracts the coronavirus again, gets feverish from the virus, and sick from her medication. will she recover? will she quit public outings until flu season passes? all questions the future will answer. 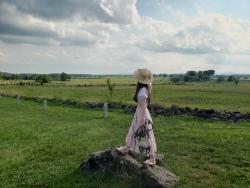 The Hills are alive with the sound of Jenny.

So we're halfway through the halfway point of the year and still no video. Will we get one before end of June or will Jenny need some more time off to recuperate from her time off?

It seems like every thread is just a list of grievances against Jenny and Bailey at this point and, fair enough, not saying you don't get to express negativity. But since you get you voice your concerns/disappointments in every other thread, how about just one for positive vibes? Share your favourite Jenny's and Bailey's! Say something nice! You know you want to!

It's Been Five Hours Edition

Anyone's free to make a new one when the last one locks. Now the thread has to start with a Bailey. Look at what you did.

We're into our third year of nearly no youtube videos, jenny's no longer feeling guilty about not uploading and has almost fully shifted to twitter/patreon content. is jenny quitting, or changing into a new creator. these are uncertain times we live in. lonely, content-deprived uncertain times. 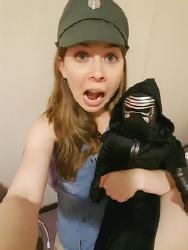 This is how i see jenny, this is the face i associate with her. IDK why, it left a big impression on me i just imagine her like this whenever i think of her.

how do YOU see jenny when you close your eyes, share a pic! 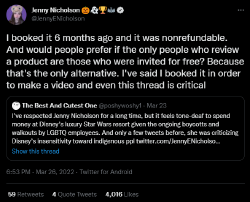 Seriously, who fucking cares? Imagine being such an empty person that your sexuality is the only notable thing about you. Imagine getting this upset that somebody doesn't care to acknowledge your made-up social issue. Jenny doesn't care, doesn't need to care, and shouldn't even have to address this toddler bullshit. 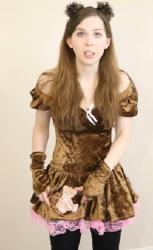 So how many main channel vidoes we expecting this year? I'm betting 2. 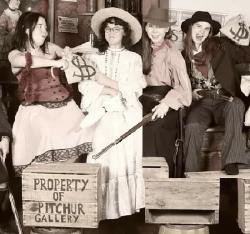 https://www.powerlanguage.co.uk/wordle/
Click the gear on the top right then look at the bottom right to find the puzzle number. New puzzle every day you cannot see old puzzles on the official site, use an archive:
https://www.devangthakkar.com/wordle_archive/
https://metzger.media/games/wordle-archive/?levels=select
I'm going to post Bailey's scores from twitter, if you want to play along then reply to a post with your score for that game. namepost if you wish.
This thread is just for fun absolutely no bullying please. 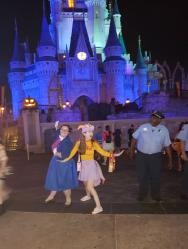 Ellis totally got sick from the booster edition. Alternatively: she couldn't stand the idea of Jenny upstaging her edition.

Taking her frustrations out on Squishmallows edition.

Can we please stop shipping Jenny and Max? Look at the ears on them! Any child they have would look like Dumbo! 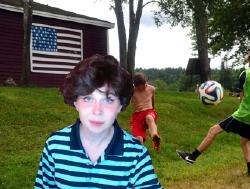 >Hey! dude, listen. when you grab my crotch, fondle me around and tell me you're checking if my cup is on tight?
>yeah, I know what you're up to and I told the coach, he wants to see you after practice. 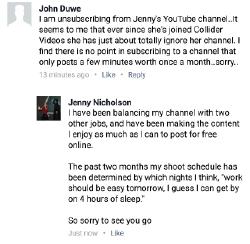 How things have changed! 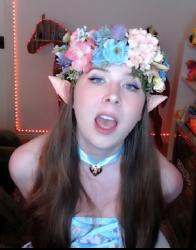 >Only 3 more weeks till fantasy fairy Jenny
well, at least she looks cute in it. 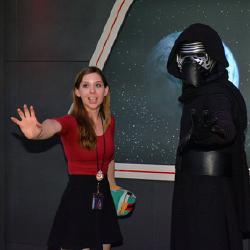 >"I did have a fun idea of how I could organize it into a wonderful, internet friendly, numbered list!" 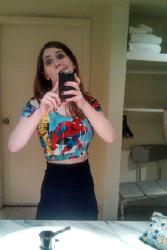 what do you prefer, slim waist or thicc bottom 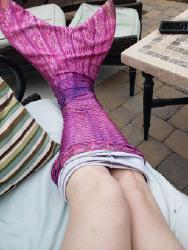 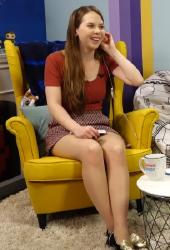 Last week's thread uncovered the reason why max never made a move on our bottom-heavy queen.
as well as a crack down on patreon piracy.
what will happen this week in the jennyverse? 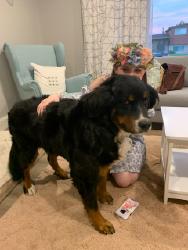 I ruff you jenny nicholson

Does anyone know this girl's name? Even though I've done some deep dives into Jenny Lore all I know is that:
a) She was Jenny's best friend since Middle school
b) She convinced Jenny to join the Drama Dept
c) The drama teacher loved this girl and disliked Jenny so all the roles went to her friend and she got to star in nothing
d) Last thing I remember Jenny saying about her was "She went on to study drama. I don't know if she's still acting" (or something to that effect)

So what happened to her? And what price did she pay for upstaging Jenny? 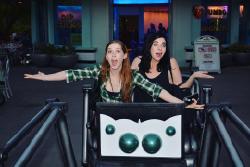 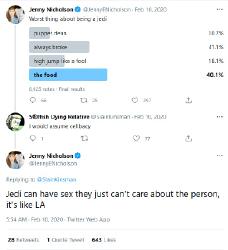 A Science Poll! For Science!

Let's do a science poll, denizens of /Jenny/!!
There's been a lot of idle speculation on these boards regarding Jenny and her attitude to sex and dating. I believe that her hot take on Jedi love and sexuality may actually inadvertently reveal a lot about her own ideas on the subject.
So help me out Badcars, based on this would you say that:

A Jenny isn't into dating or romance and just has the occasional Tinder hookup when she has an itch that needs scratching.

B After moving to the LA, Jenny fell for someone who hooked up with her and then ghosted her and she is still bitter about that.

D As a plushiesexual, Jenny can only make sense of normal human sexuality via media analysis. Therefore this is the conclusion she reached after deconstructing several movies & tv shows about dating in LA.

E Other (Please elaborate in comments).

Feel free to show your work but please try to stay on topic. For Science!

Jenny and Lindsay Ellis rake in patreon money as their twitter legacy crumbles
Is the money worth the pain? the fear?
and if your life revolves around twitter, what does an extra 1000 a month mean if you lose your account, your only reason to live?
stay tuned to find out

i need to buy a ladder..

So Jenny's given her boytoy the boot because he wouldn't follow her up that path, right? 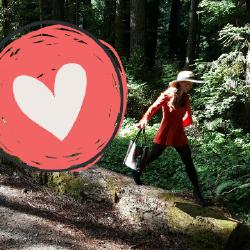 Then who was buddy? 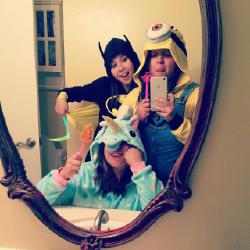 not a foot guy but those are some good feet

next election lets write in Jenny 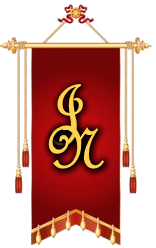 1. Issues and (you) farming belong in >>>/meta/. Threads or certain posts can and will be deleted for being off-topic. If you want to advertise your board, please do so on /meta/.
2. Generals are set to cap at 500 posts. Once that happens, literally anyone can make the new general. Don't feel the need to wait for it to happen. Effort into the OP would be preferable.
3. Non-Jenny waifuposting can be welcomed so long as it's somebody related to the Jenny universe. Bailey, Sky, Kat, even Ellis, so long as it's within reason. If there's ever any sort of real demand for it, alternative boards may be granted for such persons.
4. This isn't a SFW board, but it isn't smut central either. Apply spoilers.
5. Nothing illegal.
6. Jenny, Bailey, etc., if any of you should come back to chat, we'd love to see a timestamp so we know who we're talking to. All you have to do is a post a pic with note of the given date and the post ID's will work out the rest.

In the event that shit hits the fan and people need a place to go to decide on a new place to post, the final bunker of bunkers is: https://discord.gg/aXxP5Hn87b